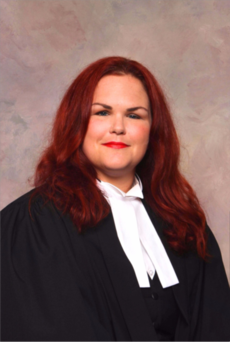 Miranda Belansky was born and raised in Welland, where she continues to reside with her family. In 2012 she graduated, with Honours, from the Niagara College Law Clerk Program. She remains an active alumni member through her appointed position on the Law Clerk Program Advisory Committee.

She continued her education at Osgoode Hall Law School, graduating in 2015, and was called to the Bar of Ontario in 2016. During the course of her legal education Miranda secured a wide variety of experience. She obtained two placements with the Public Prosecution Service of Canada. She then spent half of her articling term with the local law firm of Houghton, Sloniowski & Stengel articling in the areas of Family Law, Real Estate and Estates Law. She went on to complete her articles with Ronald C. George Law, on-reserve, at Kettle & Stoney Point First Nation in the practice areas of Child Protection Law, Family Law, Criminal Law and Aboriginal Law.

In August of 2016, Miranda opened her own practice in Welland, Ontario and one year later opened a second office in Niagara Falls, Ontario. Miranda's practice has been exclusively in assisting individuals involved in Family Law matters, parents/caregivers that are facing Child Protection proceedings and preparing Wills and Powers of Attorney.

She looks forward to using her experience to assist you in your legal matter.